The hero of this book, Henry Freedman, was born in 1906 and raised in London’s East End. His parents had immigrated from Nadworna and Solotwina in Galicia. The author, Moscow correspondent of The Economist, is Henry’s grandson. He has written a loving story about Henry’s remarkable progression from East End “barrow boy” to the world of West End high society. Along the way, Miller paints wonderfully detailed pictures of the lives of Jewish immigrants living in the East End, often in squalor and abject poverty, and how so many fought their way into the larger British society.

Henry met Miriam Claret, the woman he would eventually marry, on Petticoat Lane in the London East End in 1929, when he was 29 and she was an 18-year-old milliner’s apprentice. Their courtship was far from smooth. There seems to have been a question about Miriam’s lineage and, indeed, her identity as a Jew. Unraveling this crucial question involved Henry in long and trying correspondence with civic and religious authorities in disparate corners of Europe, which he had to have translated from and into various languages by a down-at-heel scholar in his neighborhood. Eventually, Miriam and her mother, Leah – a formidable character in her own right – had to travel to Poland to straighten things out. 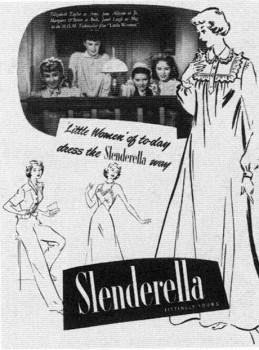 Henry began making a living at an early age, selling ladies’ underwear from a market stand and barrow. He was bright and aggressive. His business practices were sometimes at, or even over, the edge of strict business ethics. But he became an extraordinarily successful businessman and manufacturer. (Some of our older readers may remember one of the product lines he manufactured, as shown in the advertisement on the right.)

With the help of an unlikely friendship with an upper-class mentor, Walter, Henry arrived at an opulent flat on Regent’s Park and entered a world of British clubs and charity balls. Indeed, in 1953 Henry and Miriam were presented to the Queen. But they never quite belonged to their new environment.

As it happens, my own parents, my brother and I fled to London from Nazi Germany just before World War II. We lived not far from where much of the action of this book takes place. I was sixteen when Henry was thirty-two. The places mentioned are places I remember, albeit rather dimly. But the feel of these places and the description of life in wartime London seem real to me.

I enjoyed reading this book. While it will be of special interest to readers in the United Kingdom, it has something universal to tell us about how our ancestors adapted themselves to, and often flourished in, the societies into which they immigrated.
[/level-gesher-galicia-member]