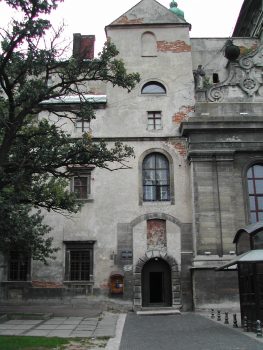 The specifically Jewish archival material from the former Galicia held in Ukrainian state archives is to be found in three archives in western Ukraine. These archives are:

There is useful information from a Jewish genealogical viewpoint in all these archives, including community records, correspondence, and information on the Holocaust-period in eastern Galicia.

Most of the bound volumes of vital records and censuses, including index books and loose vital records, though, are held at TsDIAL, in their Fond 701, Series 1. A few vital record books (largely duplicate books) are held at DAIFO, and a single set of Tarnopol Jewish marriage records from the mid-19th century, as well as the 1910 Jewish census of Tarnopol, are to be found at DATO in Ternopil.

There are 65 localities with Jewish Galician vital records in the Ukrainian archives, all but three from the eastern part of the former Galicia. The records from many of these towns have been indexed and put online now, as is indicated in the online inventory.

For Gesher Galicia’s inventory of Galician Jewish vital records and other types of records held in Ukrainian State Archives listed above, click here.