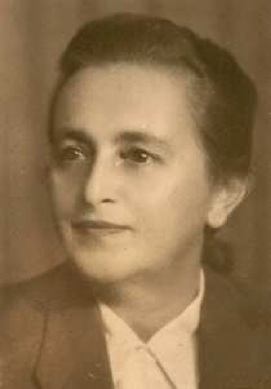 For one sister, it began for me with a photo and a story from my Rohatyn grandmother. Jute Horn—Dr. Jute Horn—was my grandmother’s idol, her paradigm, her inspiration. She was my grandmother’ s aunt, the oldest sister of my grandmother’s father. The educated one with the medical degree from Vienna. The one who became the dentist. The one whose name appears somewhere on a plaque at a prestigious hospital in Israel recognizing her professional legacy there. The successful one. The responsible, confident one. The one who made the family proud and financially supported the others when times were hard. My grandmother often pointed out the uncanny resemblance she bore to Jute, “her favorite.” She had a 1947 photo of Jute taken in Haifa. Written on the back were the words, “You can see how much I have changed.”

For the other sister, it began in 1998 with a letter and phone call from a man—an aged, emotional man—who pitifully detailed for me how he grew up in Rohatyn, knew my extensive and comfortably middle-class Horn family. A man whose younger sister in the late 1920’s married the youngest of the Horn sons and produced a family. A man who himself married the youngest of the Horn daughters, Bronia Horn—Dr. Bronia Horn—so she could leave Rohatyn with him for Palestine. The year was 1936 and this man saw the storm clouds gathering over Europe; he pleaded with his younger sister and her family to leave Rohatyn, to leave Galicia, to leave Europe, and come with him to Palestine. He was not successful and they chose to stay. Bronia: 11 years junior to older sister Jute, and, like Jute, my grandmother’s aunt. Unlike Jute, barely 5 years separated Bronia and my grandmother in age. They were practically contemporaries. Sensitive, artistic, sad-eyed Bronia.

In the beginning, Jute’s and Bronia’ s lives mirrored each other’s, offset by the 11-year gap in their ages. Each young girl was sent away from the family home in Rohatyn to study and build an academic base for the future.

From 1916–1918, Jute attended the universities of Vienna and Lemberg (now L’viv), graduating from the latter institution in 1918. She returned to Vienna in 1919, from where she earned her graduate degree in medicine in 1924. She received her doctor of medicine in 1928 in Kraków. 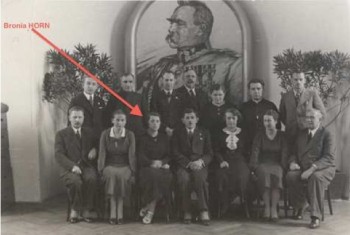 Bronia also attended schools in Vienna and Lemberg. In 1914, at age 10 and with the war front and devastation headed to Rohatyn, she was sent to the “Department School” in Vienna because the family was worried about having a vulnerable young girl in an enemy-occupied town. After World War I and while Rohatyn rebuilt itself, Bronia resumed her studies, this time closer to home at the University of Lemberg (then called Lwów), graduating in 1924 with a degree in German and French language and literature. Between 1924–1929 she “deepened her study of German language” at the University of Vienna and even lived in the same Viennese apartment once occupied by older sister Jute. 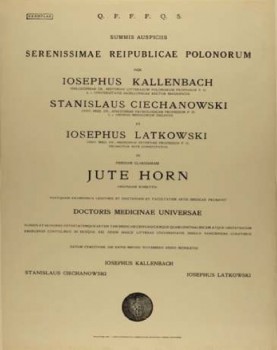 While Bronia was in Vienna, Jute was in Kraków retaking medical examinations at Jagiellonian University so she could return to Rohatyn to practice medicine in newly independent Poland. Bronia followed and enrolled in Jagiellonian in 1929 to pursue graduate work. In 1931, Bronia apprenticed as a German-language teacher at Kraków’s prestigious all-boys school A. Witkowskiego Gimnazjum, where she remained until spring 1936.

Jute emigrated to Palestine in 1934 after running a successful dental practice for several years in Chodorów (Poland), not far from Rohatyn, and marrying a handsome, ambitious lawyer from that town, 16 years her junior. She continued her dental practice in Haifa and her husband became involved with national politics and traveled abroad extensively for Zionist Liberal Party causes. Bronia returned to Rohatyn in 1936. That summer, she, too, emigrated to Palestine, divorcing in 1937—as per prior agreement—the man who had convinced her to leave Rohatyn for a safer future.

After Israel gained statehood, both sisters, together with Jute’s husband, went together to the Office of the Ministry in Tel Aviv to formally obtain Israeli citizenship. They held consecutive citizenship identification numbers.

In the intervening years, everyone and everything they loved and left behind in Rohatyn was destroyed by the Nazis.

Jute and Bronia, these two Rohatyn sisters—aunts of my grandmother and sisters to her father—were the only ones to leave Rohatyn (after my grandmother in 1914) and survive the Shoah. Neither had children of her own. But they remained bound together for life, these two sisters. 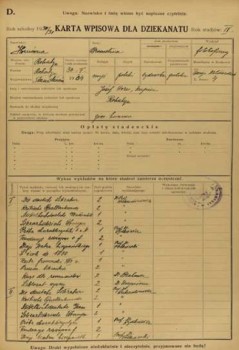 In 1953, Jute and her husband divorced in Mexico City. Jute emigrated to New York City. Retired from the practice of medicine, she lived her remaining five years in America in a comfortable, tasteful apartment at 745 Fifth Avenue. When she died in 1958, aged 65, she owed on her Saks Fifth Avenue charge cards, debts that had to be paid out of her small estate. Jute (now calling herself Julia) had had a weakness for fine clothes.

Bronia (now calling herself Bernice) also was living in NYC in 1958, at 6 West 77th Street, not far from Jute, and working as a city social worker. Bronia was the informant on Jute’ s death certificate.

Jute had always been there for Bronia and had even over the years helped her financially, both in Israel and in America. Now Jute was gone. Their oldest brother Isak (my grandmother’s father) had also passed away.

Bronia was now alone, so she decided to leave America and return to Israel. She died 25 years later, aged 88, a long-time resident of the Vera Solomon Retirement Home in Kfar Saba.

Jute and Bronia Horn, two sisters born in the Galician town of Rohatyn, grew up on the eve of the downfall of the Austro-Hungarian Empire. Their lives from childhood to womanhood were buffeted by cataclysmic events: Their beloved town suffered as the front for both devastating World Wars; their homeland, official language, and nationality changed five times during their lives; both chose to leave Rohatyn for Palestine, and by doing so survived the Shoah that destroyed their parents, grandparents, siblings, aunts, uncles, cousins, teachers, and childhood friends.

Through records and photos acquired from archives in Poland, Austria, Poland, Israel, and America, and armed with stories from my grandmother and others I met with roots in Rohatyn, I can factually reconstruct the courses of these sisters’ lives from their childhood years to their student and professional years—in Vienna, Lwów, and Kraków—through their departures for Palestine and America, until their deaths, 25 years apart.

But can I—have I—really gotten to know them as sisters, as women?

Sometimes I feel as though I have. I have lived in Lwów (L’viv). Today I reside in Kraków, within walking distance of where Bronia lived in 1930. I have traveled many times to Rohatyn and have sought out and spoken with people who knew them, or of them.

I have walked their streets and stood in front of their residences. 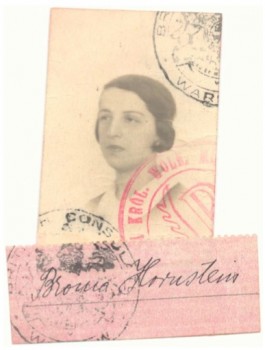 I have meandered along their academic corridors and sat in chairs in lecture rooms at their universities and schools.

Sometimes I think I feel them as I walk their streets. But can I, really? Can I realistically hope to bridge the 75 or 80 intervening years?

As a daughter, can I ever truly feel what they must have felt when they learned that their loved ones lay in unmarked mass graves back in Rohatyn?

As sisters, did they cling that much more tightly to each other when they learned they were now alone in the world? Did they have persistent and nagging doubts about whether they did all they could have done to convince their family to leave everything behind for the sake of maintaining life?

As women, did they find genuine love? Happiness? Fulfillment? Can I ever really learn the answers to these timeless, human questions?

I don’t think so. But I will continue trying…
[/level-gesher-galicia-member]