Vital, or metrical records are the core of genealogical research. These Jewish birth, death, marriage and divorce records for Galicia can be found in a variety of archives in different locations, even for a single town. Many such records have not survived the events of the 19th and first half of the 20th centuries. The proportion that has survived varies greatly for any given town.

Archives where Gesher Galicia had worked on vital record books and censuses include:

Click here for an inventory of all the vital records and censuses we have indexed and made available on our online database.

Support for the project

Support for the Vital Records Project, as for other Gesher Galicia projects, is always much appreciated. Donations will help to cover the costs of acquiring the images and indexing the vital records, as well as uploading the indexes onto the All Galicia Database, where they will be accessible for all to search. Once completed, the spreadsheets containing the indexes and the scans of the records will be available—for Gesher Galicia members—in the Members Portal of the Gesher Galicia website.

Donations by credit card or PayPal may be made online, through the Gesher Galicia website, by clicking here.

Donations by check should be in US dollars, drawn on a US bank, made payable to Gesher Galicia, Inc. and mailed to: 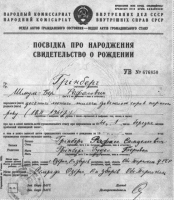 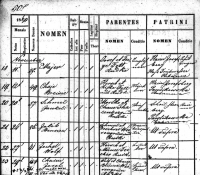