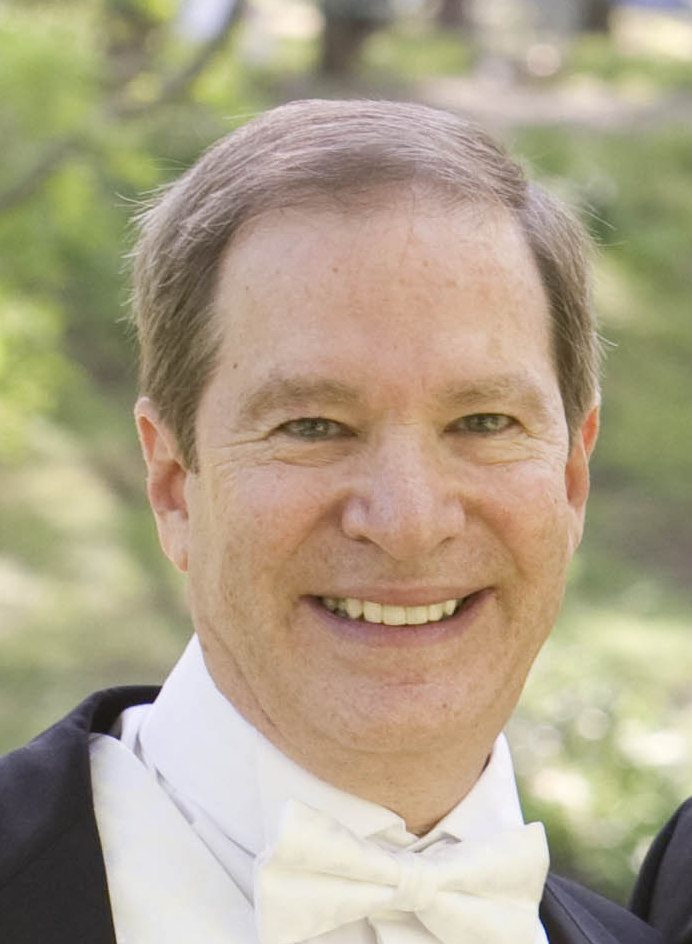 Steven Turner was already curious about Galicia as a small boy, when he spent the holidays davening at a Galitzianer shul with his grandparents in Brooklyn, NY. That was the start of his journey into genealogy, as he tried to prove that his family surname was never changed. He has written about this journey as a blogger for the Times of Israel and in various genealogical publications.

Steven is the founder of the Nadwórna Shtetl Research Group and is an active member of the Rohatyn and Sędziszów Małopolski Research Groups. Steven is quite devoted to preserving Jewish heritage and culture in the former lands of Galicia and partnered with the ESJF European Cemeteries Initiative to clean up and fence the Nadworna Jewish Cemetery. He is a member of the board of the Jewish Genealogy Society of Long Island as well as being a member of the JGS of NY. Steven does research on Ashkenazi DNA and is the project administrator of several Jewish DNA projects on FamilyTreeDNA.

A product of the New York City public schools, Steven has a BA in Sociology from Queens College and a D.D.S. from the NYU College of Dentistry. He has a private practice in General Dentistry and Facial Cosmetics in Howard Beach, NY. 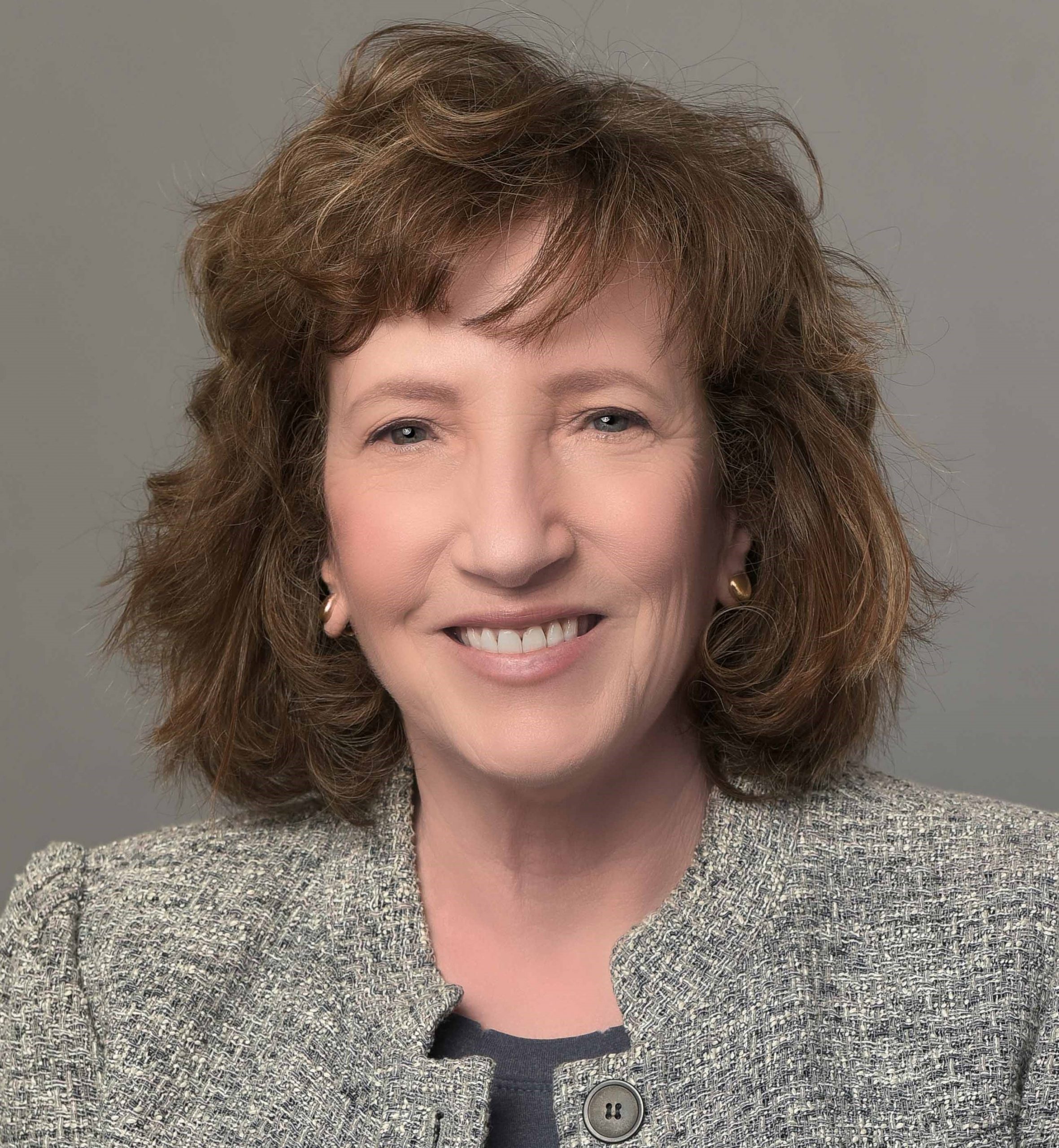 Darcy Stamler has been researching her family’s history since 2010, an endeavor that started with a ship manifest from Ellis Island and the subsequent settlement of Galician-born grandparents in New York City’s Lower East Side, and which led in 2018 to the surprising discovery of an extensive line of family members in Israel. In recent years she has become actively engaged in Jewish heritage preservation projects in Western Ukraine.

Darcy is a Route Manager of the Ukrainian Route of Jewish Heritage, which is being planned and executed through the European Association for the Preservation and Promotion of Jewish Culture and Heritage (AEPJ) and will ultimately be certified by the Council of Europe. She is also a trustee of Heritage Springs, a non-profit organization based in Ukraine and the United States that is preserving Jewish heritage sites in Ukraine.

Darcy was born in New York and has also lived primarily in the San Francisco Bay, Washington DC, and Los Angeles areas. Her professional career has included management positions at several large entertainment and media companies, and she has owned and operated a Los Angeles-based marketing agency since 2004. She has a bachelor’s degree from the University of California at Los Angeles, and a master’s degree from the University of California at Berkeley. 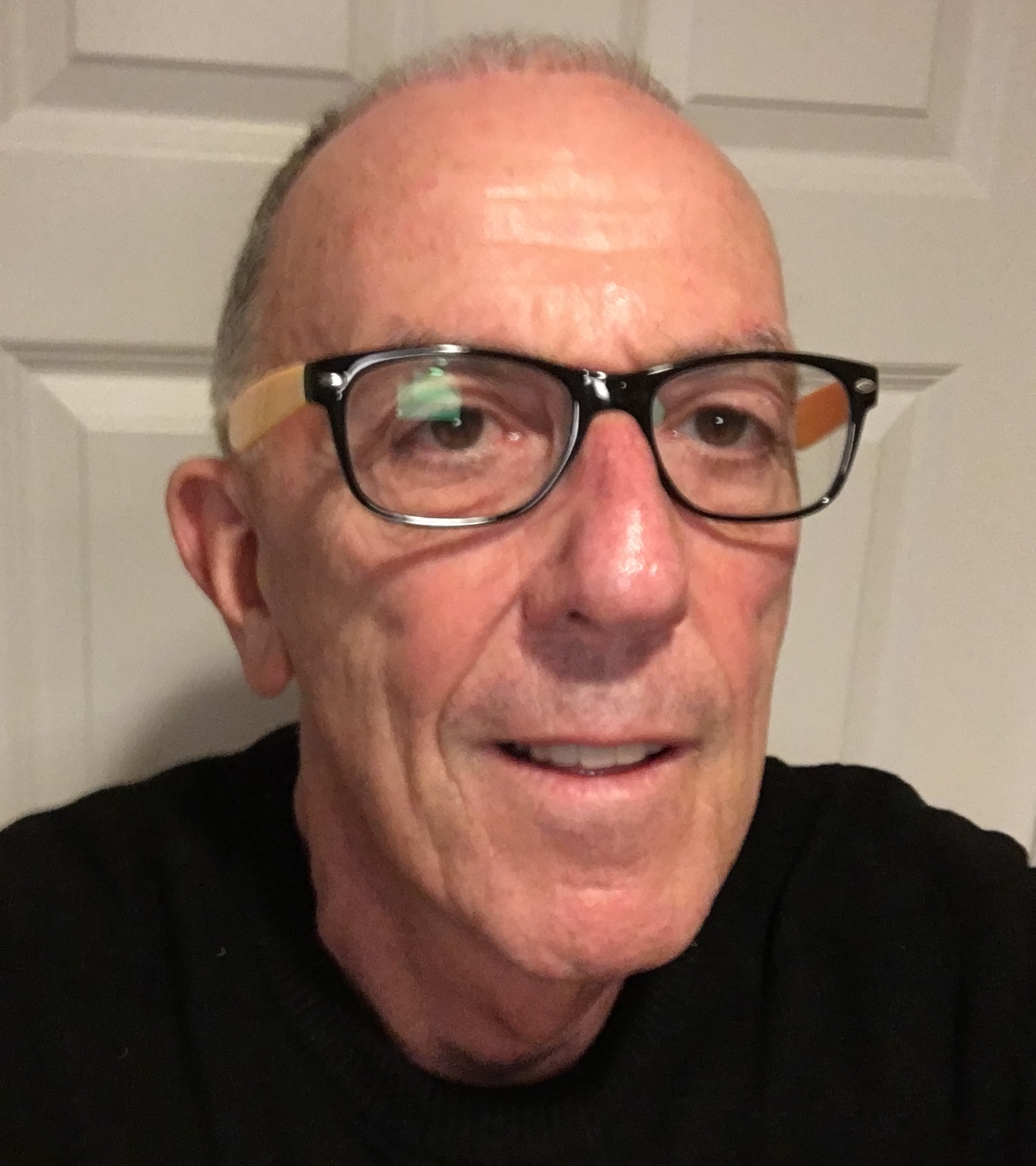 Milton Koch was born in Havana, Cuba, where his parents emigrated from Lisbon, in 1942, after leaving Luxembourg following Eichmann’s invasion of that country. They were in Cuba, awaiting entry to the US, which came about in 1946. He has been working on his family genealogy for the past 15 years, that began with opening up some boxes in his basement and finding previously unknown vital records that started him in his searches. He has been acquiring records and related documents for his family research since then. He has been active in the Jewish Genealogy Society of Greater Washington and has contributed to their journal. He is a retired physician, having specialized in gastroenterology. He supports work in cystic fibrosis by actively fund-raising and through advocacy efforts on Capitol Hill, inspired by a family member who has this disease. He is married, with three children and three grandchildren. 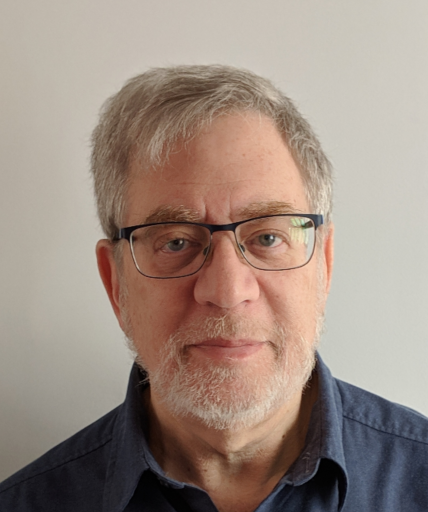 John Diener, the son of a Galician-born Holocaust survivor, has been researching his family roots for more than 20 years. As shtetl leader for his father’s birth town of Grzymałów (Hrymailiv, Ukraine), he has indexed records from that region.

John is vice-president of the Jewish Genealogical Society of Ottawa, and with its president, has photographed and databased the 6000 gravestones in the two Ottawa Jewish cemeteries, as well as those in Kingston and Cornwall, Ontario and nearby Massena and Ogdensburg, New York. In 2005, he co-sponsored the photographing of gravestones in Zhvanets, Ukraine. For several years, he also wrote a monthly column on genealogy entitled “Connecting the Branches” for the Ottawa Jewish Bulletin.

Through his genealogical research, he has reunited hundreds of his family members whose branches have had little or no contact for decades.

Outside genealogy, John is treasurer of two local community-owned Jewish cemeteries, and has volunteered for a number of social service agencies and business associations in the Canadian capital. 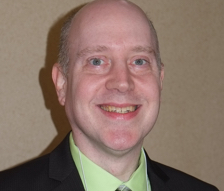 Mark Jacobson has been tracing his family for more than 30 years, starting with a paper and pencil tree created during a Passover holiday with his Galician immigrant grandparents. Mark has been active on the board of the Jewish Genealogical Society of Palm Beach County for more than 10 years, including four years as Secretary and four years as President. He also serves as their Galicia SIG leader, writes for their publication, Scattered Seeds, and presents programs at meetings and annual mini-conferences. Mark is JRI-Poland town leader for the Galician towns of Borysław and Drohobycz, where his grandfather was born. Mark led an independent project to index early Drohobycz records filmed by the LDS at the Lviv Archive. Additionally Mark is Ukraine SIG town leader for Belaya Tserkov.

Mark grew up in Brooklyn, New York. He has a BA in History from Brooklyn College and an MS in Science with Specialization in Counseling from Hofstra University. With his sister he runs a small business doing Feng Shui as well as genealogy research for private clients. 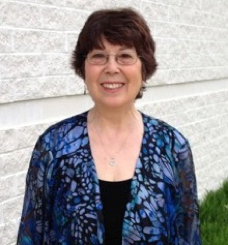 Shelley Kellerman Pollero has been researching her family’s history for over 50 years. She has been part of Gesher Galicia since before its official founding in 1993 and served as Coordinator from 1998 to 2005. Under her leadership, the GG website and Galicia Discussion Group on JewishGen were started. Currently, she is Gesher Galicia’s Membership Chair and PayPal administrator. She co-presents “Galicia Basics: What Every Galitzianer Needs to Know” at IAJGS Conferences.

Outside of Gesher Galicia, Shelley is Zamosc Research Area Coordinator for JRI-Poland, having been the Zamosc Town Leader for many years. Shelley has transcribed Polish and Russian vital records and organized Translation Services at four IAJGS conferences.

Shelley is a past president of Anne Arundel Genealogical Society (Maryland), presents Jewish family research talks and leads a weekly genealogy group on Zoom. She is a longtime member of the JGS of Greater Washington, New York, Maryland, Brooklyn, Central Maryland and Long Island.

In 1971, she moved to the Annapolis, Maryland, area where she raised two children and has three grandchildren. Shelley taught French and Spanish and was World Languages Department Head in Howard County (Maryland) before retiring in 2007. 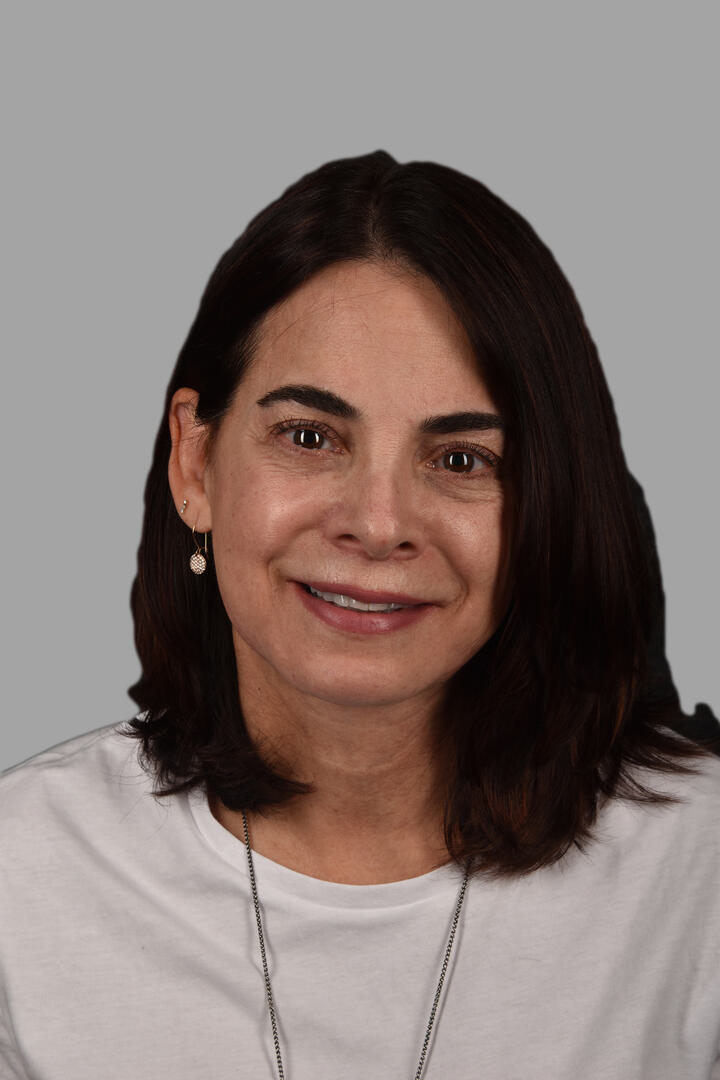 Marsha Shapiro was born and raised in Brooklyn, NY to Holocaust surviving parents. Her Galician born mother lived under a false identity and was the only survivor in her family. Her father survived the concentration camps Auschwitz & Mauthausen. They emigrated separately to the US in 1947 and met in Brooklyn.

Marsha is a longtime member of Gesher Galicia and has been researching her family’s roots for many years. She serves as a volunteer with the Subcarpathia SIG, transcribing and indexing vital records.

In her hometown of Lido Beach, NY she is active in philanthropic causes. Marsha is a longtime volunteer with the Long Beach Polar Bears raising funds for the Make a Wish Foundation and the Long Beach Christmas Angels which aids families with financial hardships in the Long Beach area.

She is a graduate of the Fashion Institute of Technology with a Bachelor’s Degree in Textile and Apparel Marketing. She enjoyed an extensive career at Levi Strauss & Company.

Renée Steinig began to do genealogical research in the late 1970s, inspired by a cousin in Israel who made it look easy. Many family trees and some 18 years later, she went on to accept client work. Her specialties include New York research, location of lost friends and family, and due diligence for probate cases. She is a member of the Association of Professional Genealogists and has testified as an expert witness in New York City courts.

Her personal research interests include towns throughout Galicia, many of which she has visited. In 2008, she also participated in the ground-breaking genealogical research trip to the International Tracing Service archives (now Arolsen Archives) in Bad Arolsen, Germany.

An original member of Gesher Galicia, Renée has been the Gesher Galicia discussion group moderator since 2006 and more recently became editor of Gesher Galicia’s Family Finder. Along with Shelley Pollero, she has spoken at several IAJGS conferences about the basics of Galician research. Renée was a session chair at the 2018 AGAD-Gesher Galicia Symposium in Warsaw and has participated in GG’s Przemysl Identification Project. She is also Mielec town leader for Jewish Records Indexing-Poland and the president of the Young Tluster Society, one of New York’s few surviving landsmanshaftn.

A native New Yorker, Renée is a graduate of Barnard College. She is a past president and longtime board member of the Jewish Genealogy Society of Long Island and serves on the Board of Trustees of the Dix Hills Jewish Center.